CIRCLE IN THE SQUARE

The Circle in the Square is a Broadway theatre which presents its many productions “in the round”, with its audience seating completely surrounding the stage rather than resting in front of it, as in traditional proscenium theatres. This branding of the theatre consolidates all productions under a single visual system, redefining the Circle in the Square as a bonafide cultural institution rather than a performance space.

The theatre's diverse showings include contemporary musicals as well as historically significant plays. This served as the inspiration for the typographic system for the branding, which juxtaposes a modern sans-serif with a classical serif typeface. Each season, with the introduction of new shows, the logo and branding are adapted through colors and patterns for each individual production, extending onto printed ephemera including promotional posters, merchandise, and programs. 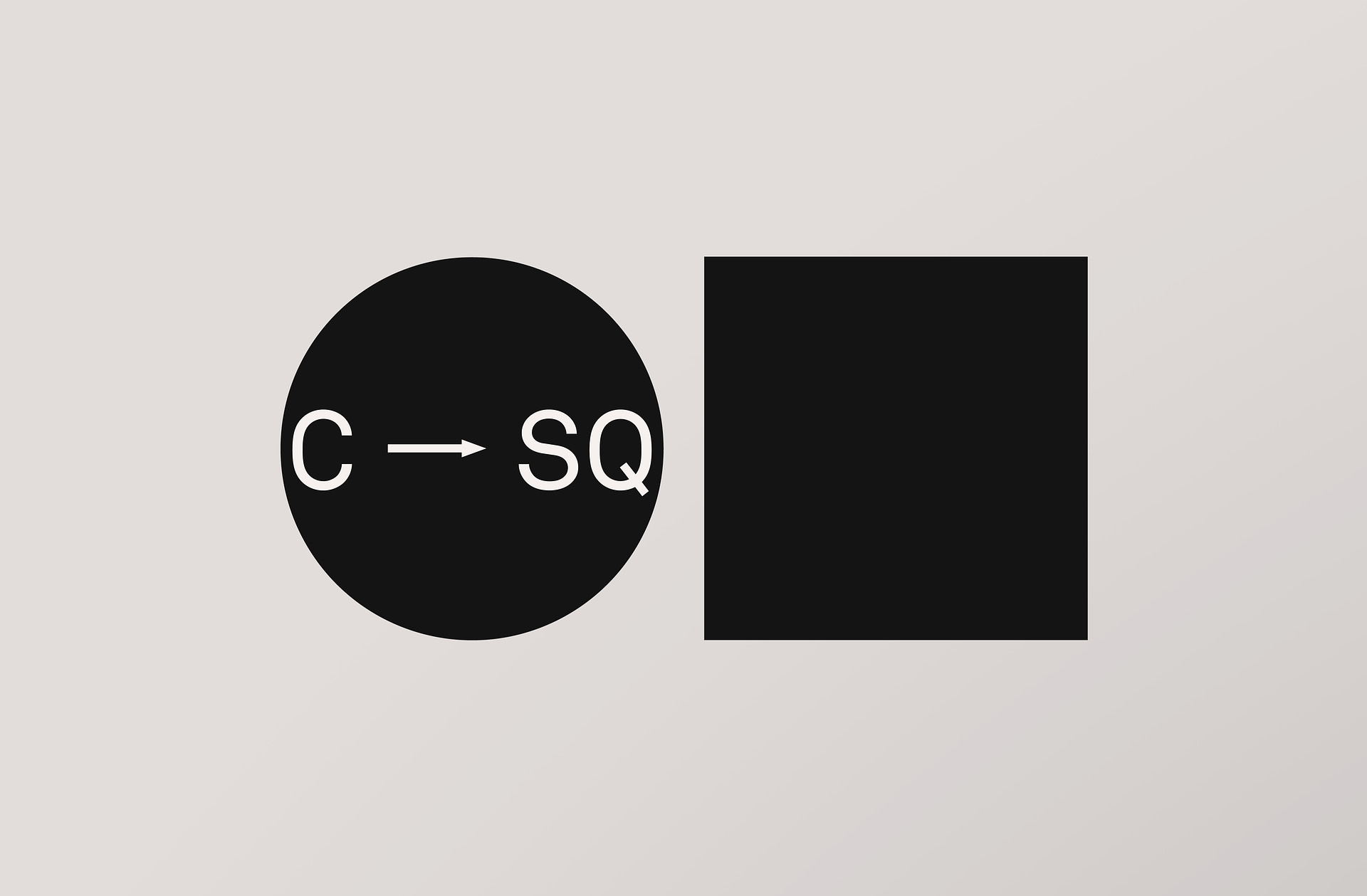 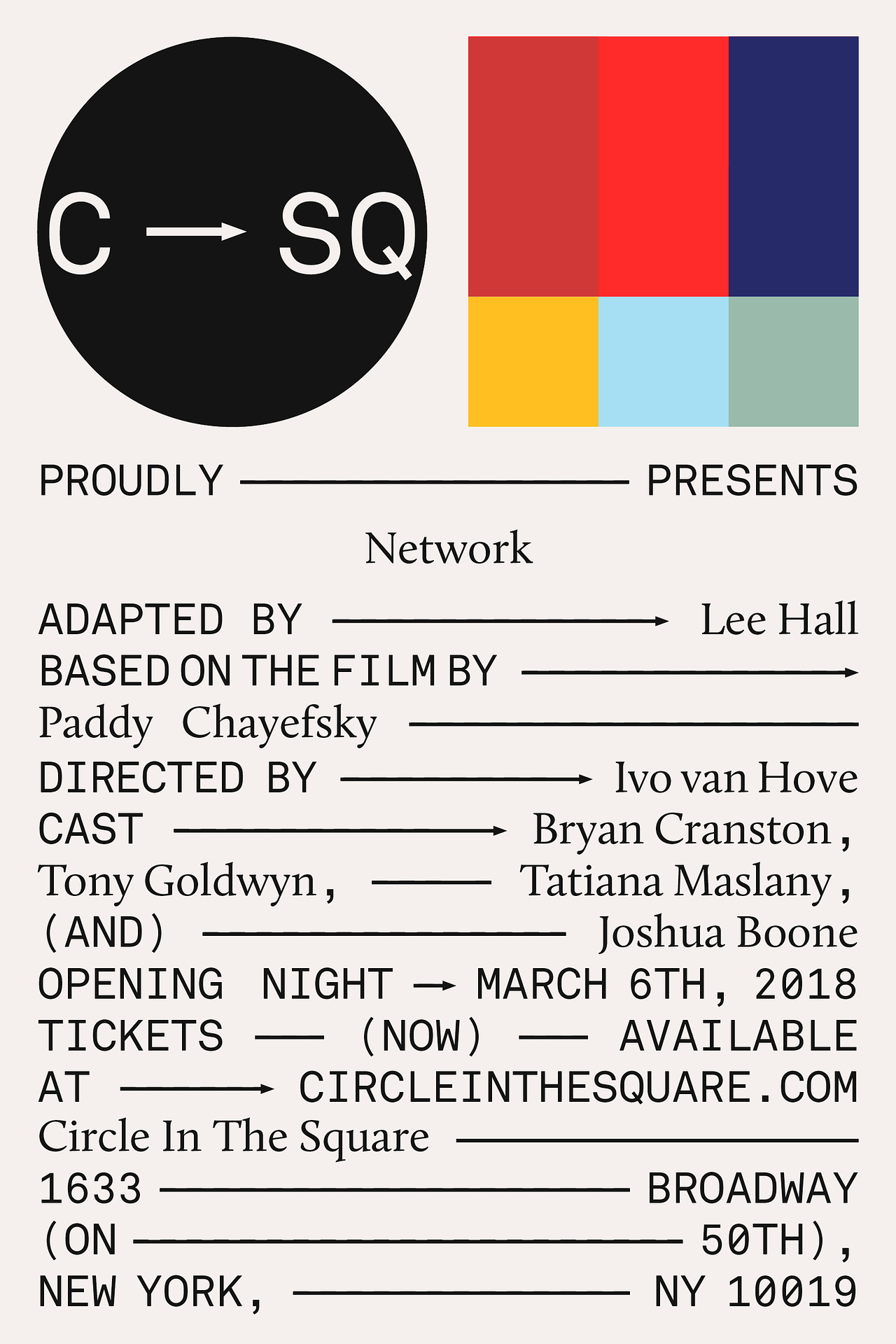 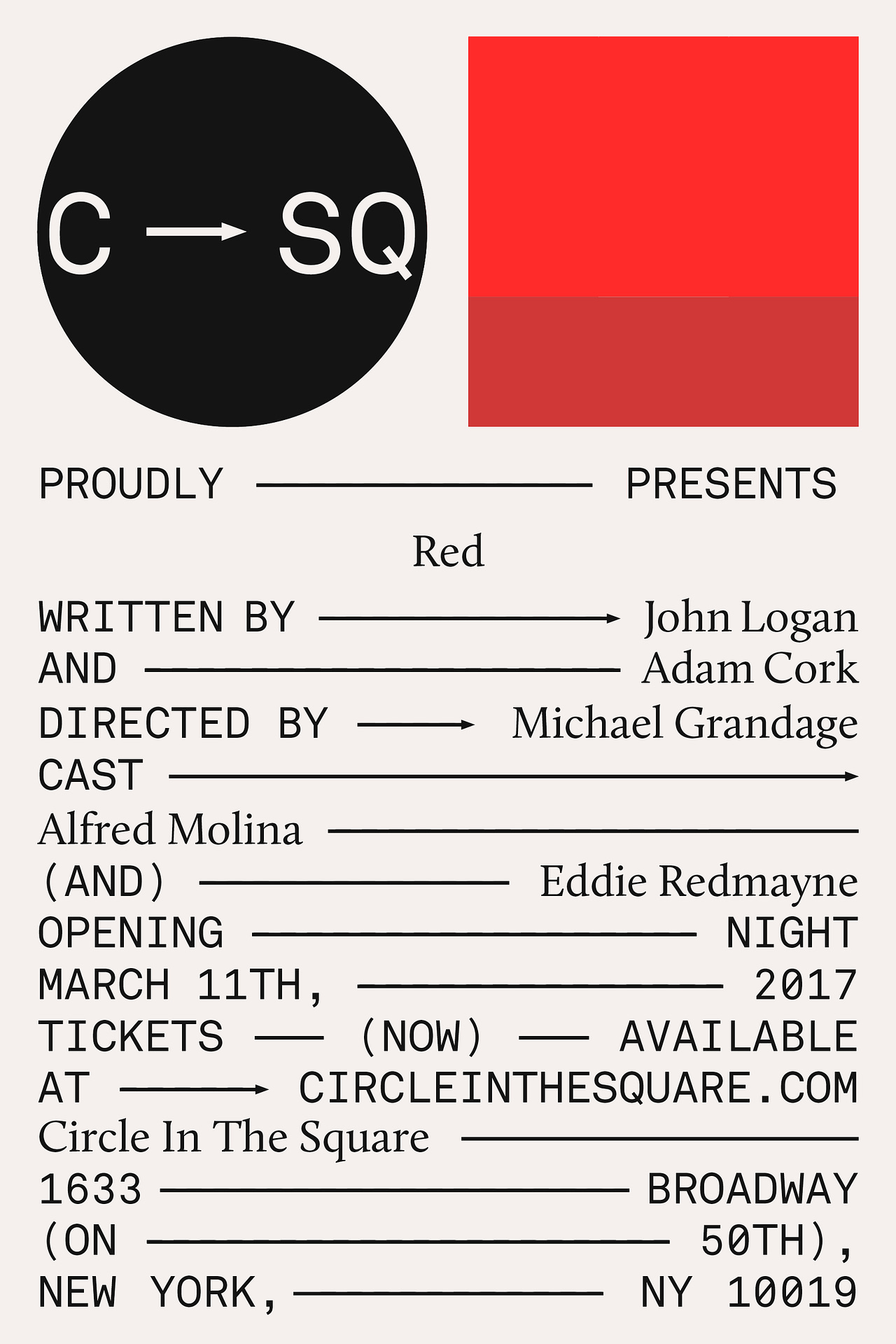 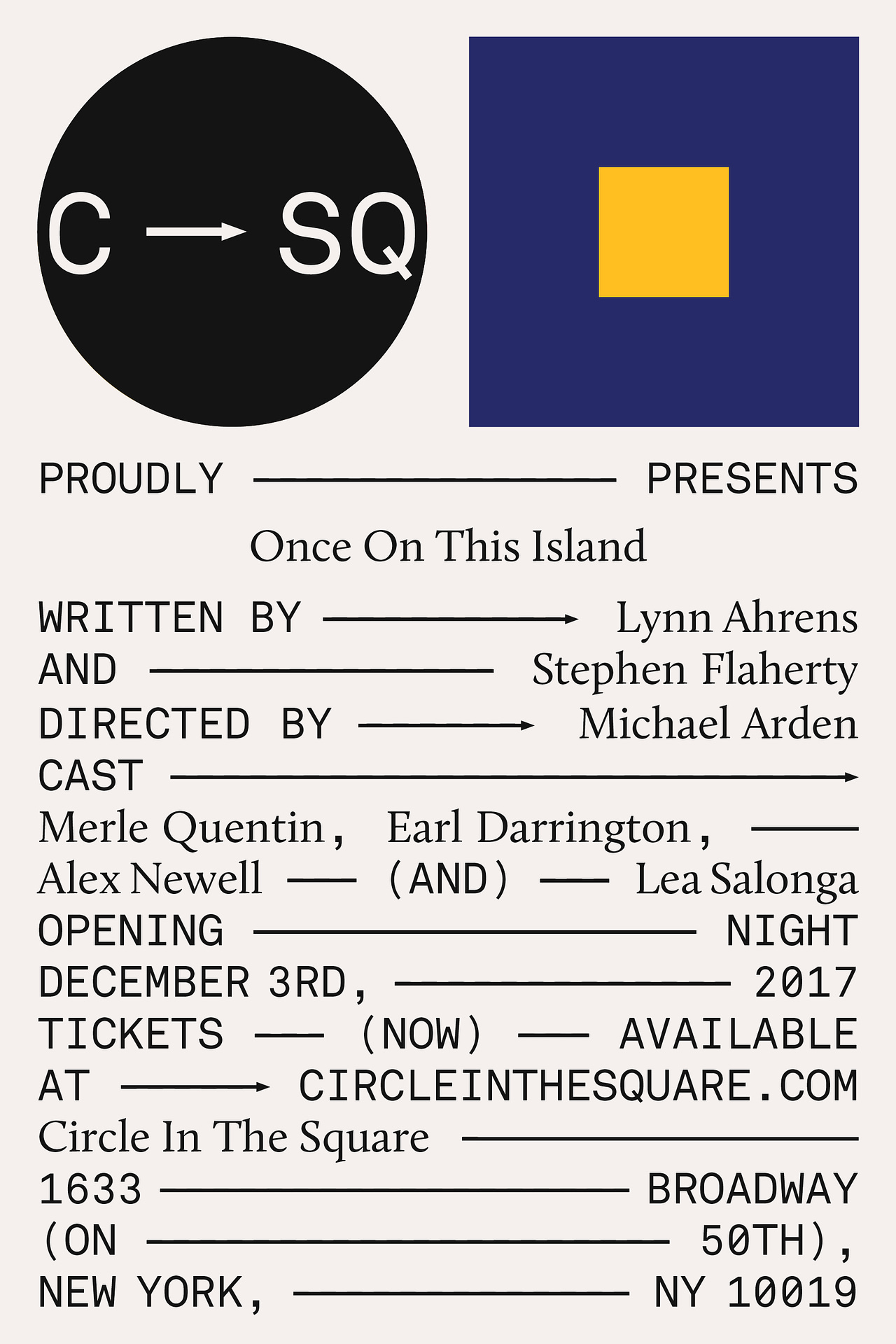 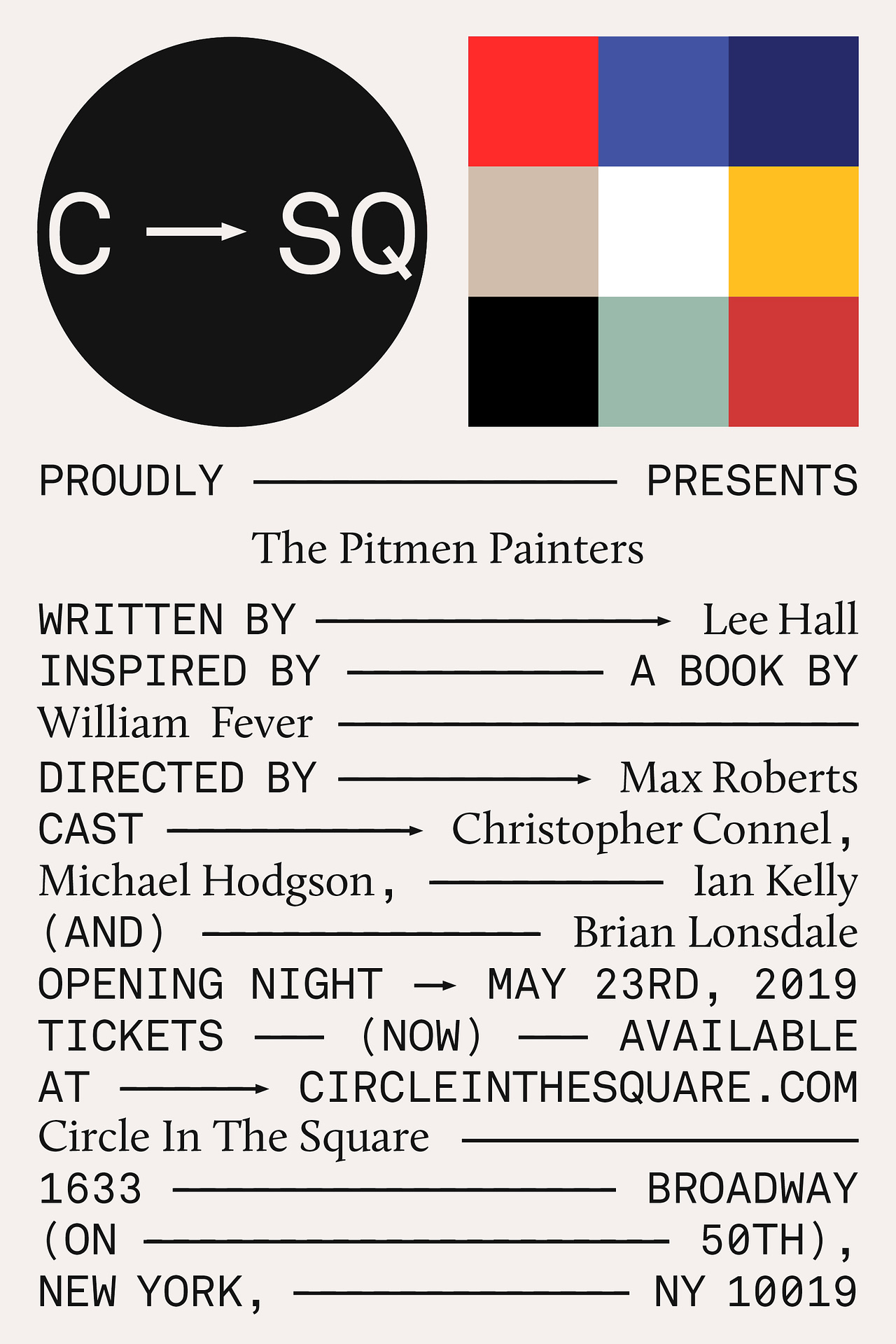 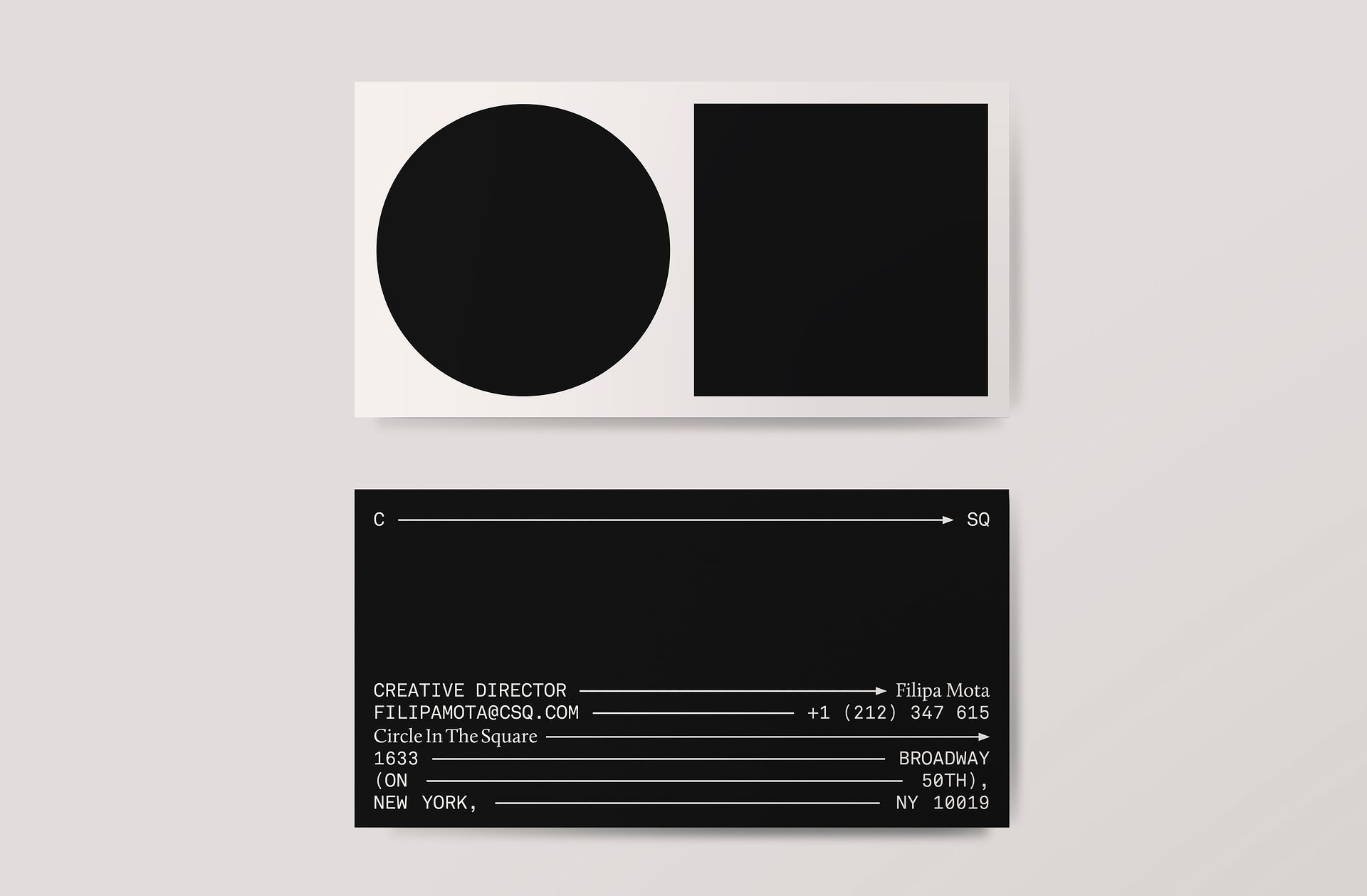 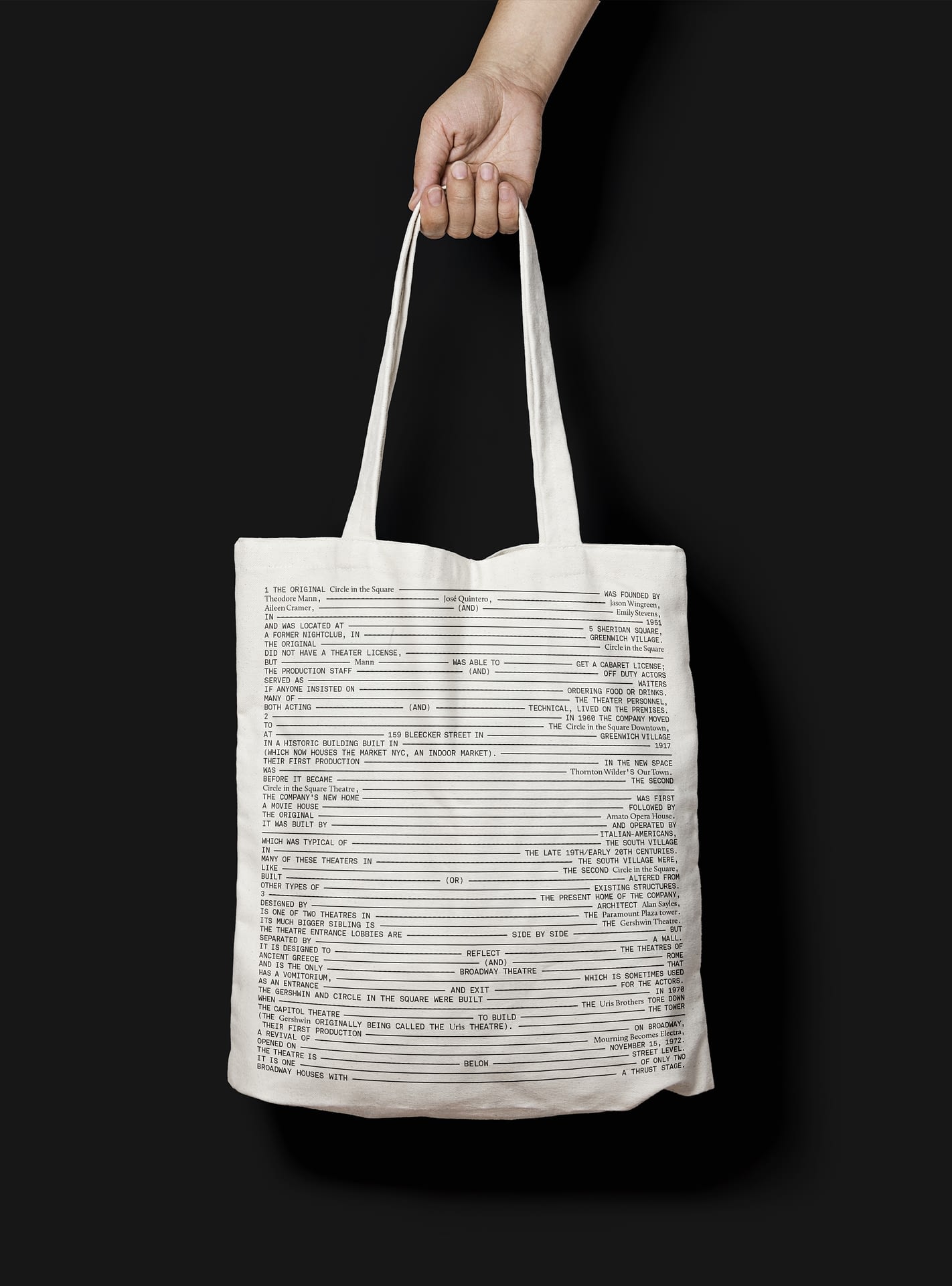 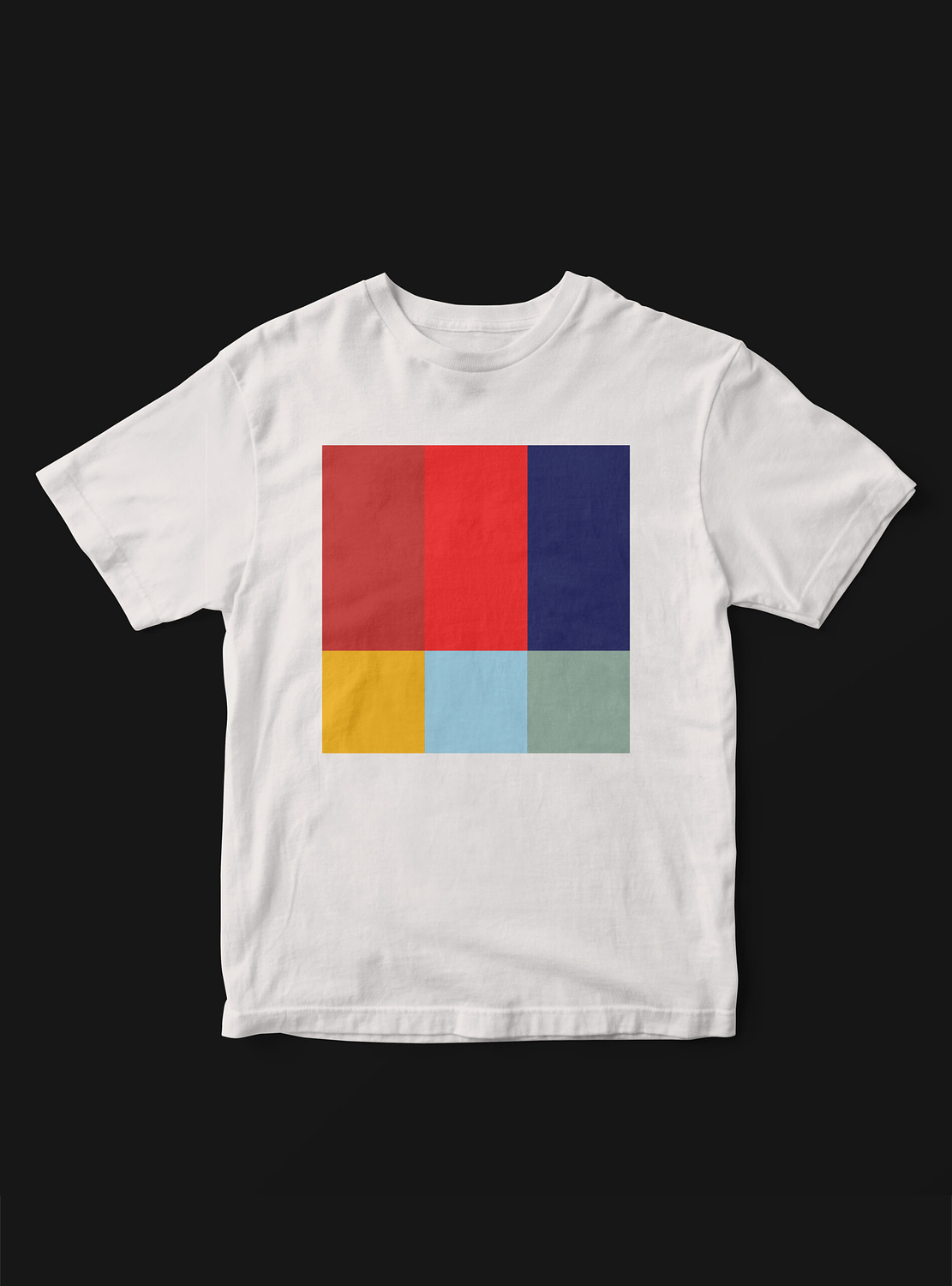 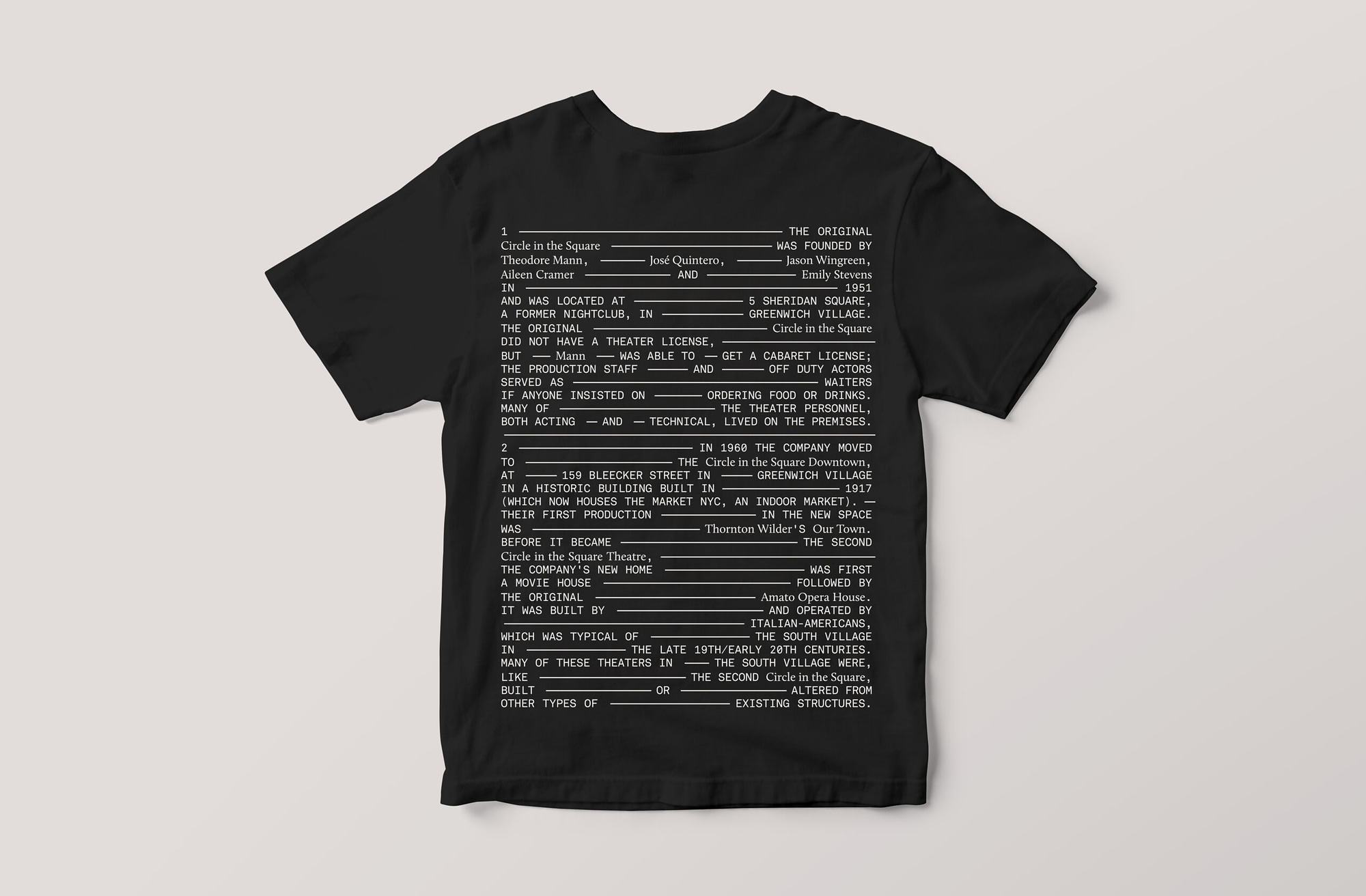